Blog - Latest News
You are here: Home / Biology / Anatomy of a chicken egg 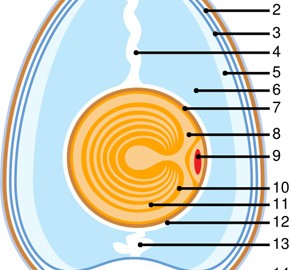 I’ve been poking around the internet and books for some cool experiments and information about eggs in general. I came across this really nice breakdown of the various parts of a chicken egg over at edinformatics.com and have duplicated the information below. I’ve always wondered what those white stringy things (Chalaza) are in my eggs when I make an omelet and now I know not only their name, but also what their function is inside the eggs!

How to make a Naked Egg

just a test
Scroll to top